I am by no means a poet, but I felt inspired to express my thoughts on my body in a new way so I wrote this little poem, backed by a photo of myself showing off all my lumps, bumps, and imperfections.

Even when influencers and activists talk about body positivity, we tend to show the most flattering images and angles, and only really highlight the positive parts of our journeys, so I wanted to show that the perceived negatives can actually be positives.

The response when I posted on instagram was insane. It was shared so many times by lots of influencers and bopo activists, and it means a lot that people see can see their own selves in my content and story. 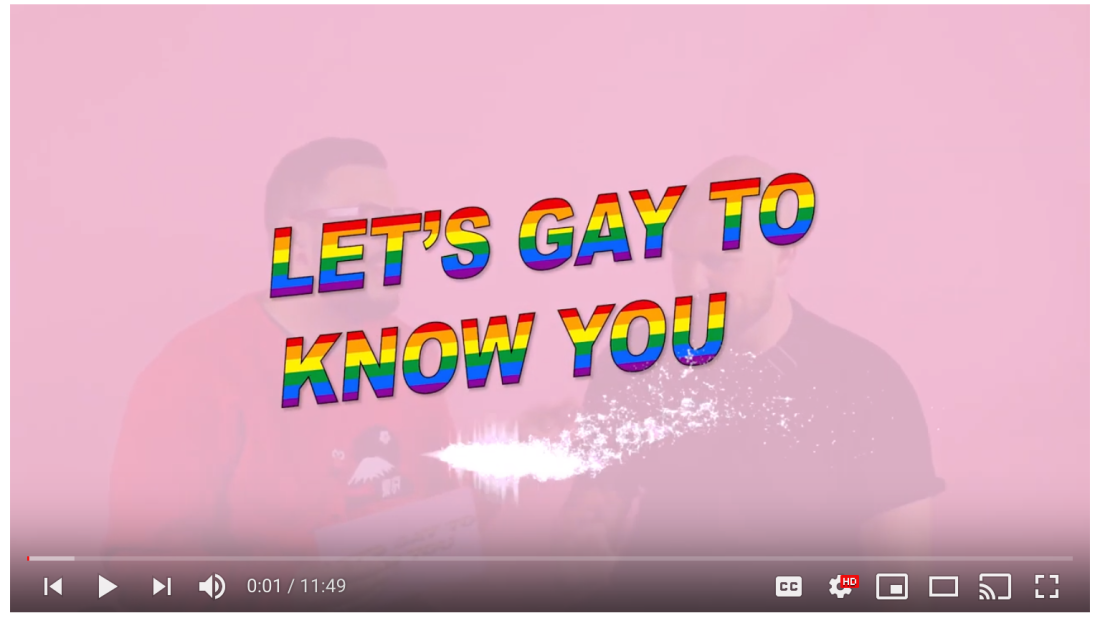 In 2019 the lovely Morgan Defre asked me to take part in his brand new YouTube series called ‘Lets Gay To Know You’. We chatted back and forth chat about my life and experiences, especially around mens body image, and coming out, and of course RuPaul’s Drag Race! It was such a pleasure to take part, and it got me thinking about doing my own YouTube channel! Go and check out my video below, but also check out the rest of them too. Morgan chats with various people in the LGBTQ+ scene such as news anchor India Willoughby and Drag Race UK star Vinegar Strokes.

Men of Manual was a campaign by mens wellness website Manual.co to highlight mens body image issues and mens mental health. The campaign consisted of 8 men of differing ages, body shapes and races. We all discussed our journey with our bodies, and the stories behind them.

The campaign was a huge success being picked up by multiple worldwide press outlets, as well as being covered on ITV and Channel 5 News, where myself and another were interviewed.

In 2019 I took part in the London Queer Fashion Show at the V&A Museum of Childhood. LQFS is an incredible fashion show designed to highlight queer designers, models, and performers. I was paired with ELLI$E, a super artistic, and incredibly talented streetwear designer. LQFS was my first ever runway, and I had a blast.

I first cam across LQFS a few years ago, and fell in love with the concept, but didn’t think it was something i could be a part of. I have always been outwardly a very typical, cig-gender, white gay man. My friendship circles are predominantly made up of guys like me, and I didn’t have much influence of those outside my own experience. After I started on this journey of self discovery, and changed the influences I consumed on social media, I realised that identifying queer doesn’t necessarily have to mean being completely gender non-conforming and sexually ambiguous. The fact that I am a gay men that is deeply involved in the fetish world, is my mark of queerness. Off the back of that, and after booking a few modelling jobs and succumbing to friends convincing me to do it, I applied to model in the 2019 show. I didn’t expect to hear anything back, and didn’t for ages. I’d just decided I would be happy just attending and supporting, when I got an email asking me if I still wanted to take part.

The whole experience was incredible, and opened my eyes to the beauty of the queer world in a way they hadn’t been before. Standing in the hectic backstage area, getting ready and looking around at all the people from every end of every spectrum living their best damn lives was amazing and has definitely had an impact on how I live my life since. On the run up to our turn to walk, the nerves started kicking in, but the incredible group of models I was in kept each other hyped and excited right up to the edge. Those few seconds before walking out were agonising, but as soon as I stepped on the runway and received that cheer from the crowd, I was in it. On watching the video back, my walk was tragic, but the response from the audience was one of the best things I’ve ever experienced. The surge of adrenaline after getting off the runway made me feel like I could accomplish anything, and all I wanted to dow as get back out there!

The event really is an amazing celebration of queer culture, and I am so honoured that I was chosen to take part. When 2020’s show rolls around, you can bet I’ll be applying to model again, and will be telling everyone I know to buy tickets and support the organisation and the incredible designers it showcases. Well done to the entire team that puts the show together, its a really vital and important thing you’re doing, and the queer community needs it, especially in this