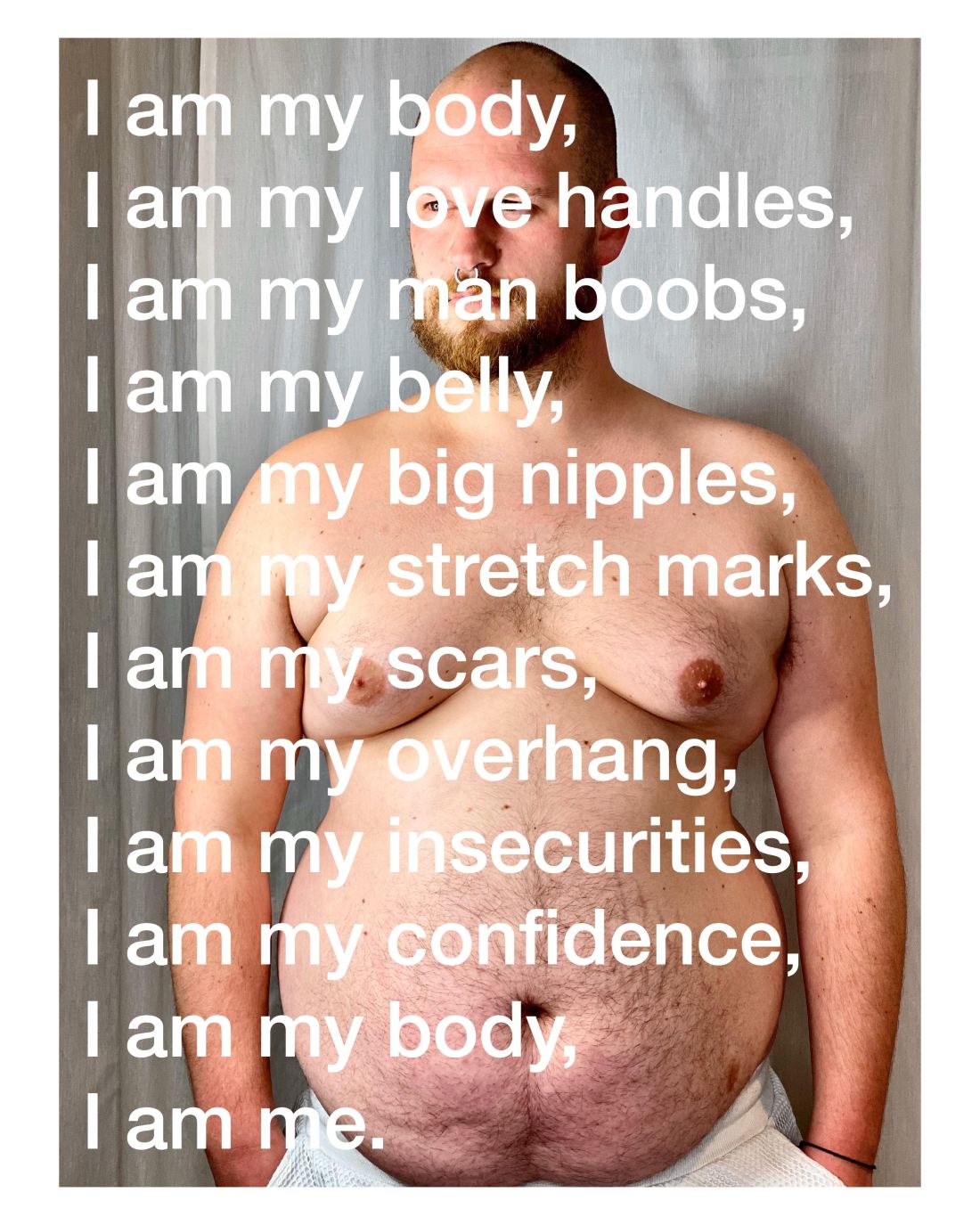 I am by no means a poet, but I felt inspired to express my thoughts on my body in a new way so I wrote this little poem, backed by a photo of myself showing off all my lumps, bumps, and imperfections.

Even when influencers and activists talk about body positivity, we tend to show the most flattering images and angles, and only really highlight the positive parts of our journeys, so I wanted to show that the perceived negatives can actually be positives.

The response when I posted on instagram was insane. It was shared so many times by lots of influencers and bopo activists, and it means a lot that people see can see their own selves in my content and story.

Men of Manual was a campaign by mens wellness website Manual.co to highlight mens body image issues and mens mental health. The campaign consisted of 8 men of differing ages, body shapes and races. We all discussed our journey with our bodies, and the stories behind them.

The campaign was a huge success being picked up by multiple worldwide press outlets, as well as being covered on ITV and Channel 5 News, where myself and another were interviewed.